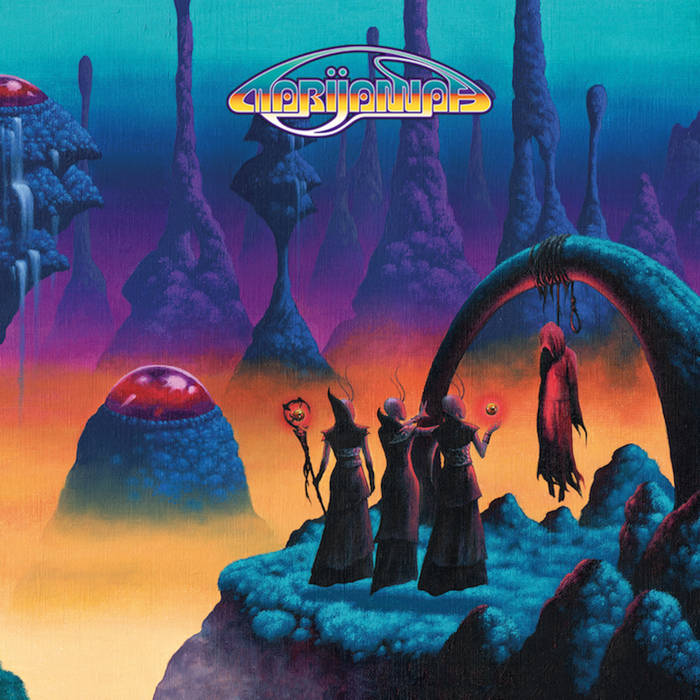 Wolf Moon These guys have wielded such an immense sound, it's practically a wall of sound in a sea of distortion. Favorite track: Snakecharmer.

"Filthy, catchy stoner metal is the order of the day with 'Snakecharmer', the debut single by Marijannah. Made up of members from Wormrot, The Caulfield Cult/bruised willies and Abolition AD, it would be easy to say that Marijannah is the concise sum of its parts — but nope, this six-minute behemoth stands well on its own, with blown-out production (it's not your speakers) and blazing riffs for days."
(Bandwagon Asia)

"The tasty riffs are delivered via guitars that sound like they’re in dire need of a shave and a shower, the vocals are otherworldly, and the drums give me the munchies. What more could you want from this kind of music?"
(Metalsucks.net)

"Do you like Sleep and smoking a ton of weed? Then do we have a band for you, and it comes from a fairly unlikely source. Wormrot guitarist Nurrasyid "Rasyid" Juraimi and members of fellow Singaporean band The Caulfield Cult have teamed up for a new band called Marijannah, and it's all the stoner metal you could ever want."
(Metalinjection.net)

"Break out the hot knives and water pipes: This week brings some terrific stoner doom from Marijannah, a Singapore outfit featuring members from Wormrot — better known as the fiercest grindcore group in the South Pacific — and the pop-punk band the Caulfield Cult. On their debut single "Snakecharmer," the four-piece pay ear-splitting homage to the resin-caked canon as drafted by Electric Wizard, Witchfinder General, et al., percolating their other bands' latent aggression through hazy melodies and ten-ton guitar riffs."
(Revolvermag.com)

"...other factors are how deftly they blend riffs, vocal-style, tempos and feelings in a way I haven’t come across within this musical sphere before. Don’t know how they conjured this and I don’t care because Marijannah has created a beast of a debut!"
(Outlaws of the Sun)

"...it’s refreshing to know that bands like Marijannah can harken back to Classic Rock roots and create something compelling without leaving listeners feeling like they’re banging their head to some kind of retro act."
(Unite Asia)

Marijannah is a stoner/doom metal band from Singapore with members of two of the island's hardest touring bands, Wormrot & The Caulfield Cult.

Bandcamp Daily  your guide to the world of Bandcamp